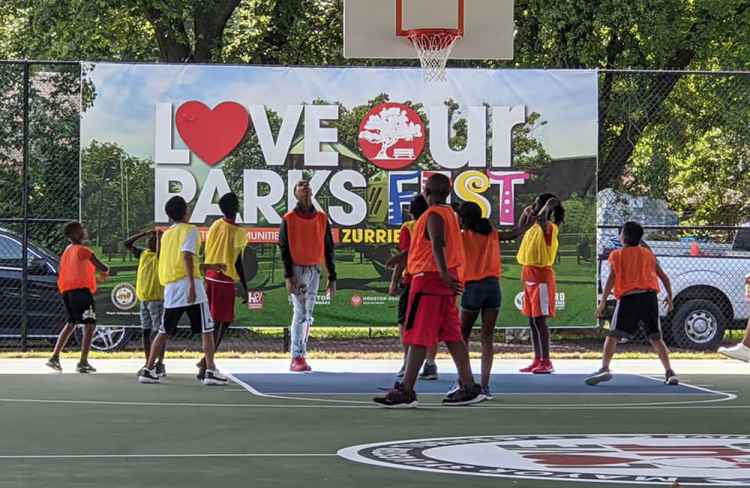 Local teens play a game of basketball at the newly renovated Zurrie Malone Park as part of the “Love Our Parks Fest.” The festival is part of Mayor Sylvester Turner’s “Love Our Parks” Complete Communities initiative which seeks to revive neighborhood parks in the Houston communities. Courtesy of Houston Parks and Recreation Department

The one thing Debra Lathan wants to see are Houston residents being able to walk out of their houses and head to the neighborhood park instead of having to drive 20 minutes to get to others.

As the assistant director of community operations and programs for the Houston Parks and Recreation Department, Lathan describes that desire as her main reason for wanting to see the department’s new “Love Our Parks” Complete Communities initiative succeed.

The initiative is aligned with Mayor Sylvester Turner’s plans to improving park equity in neighborhoods across the city, Lathan said.

“We’re giving the parks a facelift,” she said. “We’re going to get up close and personal and see what neighborhood residents want for their parks. We want them to give us ideas of what they need as opposed to the neighborhoods just taking what we give them. We want their help in assessing what they want in terms of recreation and improvements in their neighborhoods.”

Turner first announced the initiative publicly July 24 during its festival at Zurrie Malone Park. It is the first of five parks that will be renovated and updated across the city.

“Houstonians all across this city should have access to parks and greenspaces that they can point to with pride,” he said. “Under-resourced neighborhoods and their residents deserve more, and I want to continue to lead the effort to make that happen.”

“We are thankful to each department that has stepped up to be a part of this project,” said Kenneth Allen, HPARD director. “With their help we are making the “Love Our Parks” initiative a reality and improving the quality of life for neighborhood residents served by these parks.”

Prior to the Zurrie Malone Park festival, Lathan said department officials met with neighborhood residents to talk about what would be needed to bring their park back to life.

“We wanted to find out what the community wanted, so we devised a four-week schedule to introduce programs. We didn’t want this to be a cookie cutter program,” she said.

“When the community learned about our plans for the parks, the local artists gave their input as well on how to help beautify it,” she said. “This is the type of feedback that we need.”

Lathan said the other departments involvement in the renovations and updates are crucial to the success of the projects.

“All those groups bring their expertise. It takes everyone to meet the needs of everyone in the community to make it a truly collaborative effort,” she said.

Lathan said what especially touches her heart about the project is being able to communicate with the residents about their needs and wants.

“They love this idea. There are lots of stories they tell us about the history of the neighborhoods. To hear them and see the passion they have for their communities is amazing,” she said.

“From the smallest child to the adults, you can tell they’re taking pride in their community. When you take pride in your own communities, you take care of it. This is a wonderful program, and I can’t wait to get started on the next park and program.”

HPARD Communications Manager Estella Espinoza said the parks being focused on here are not the ones considered to be “signature parks,” such as Hermann Park or Memorial Park. They are parks that are in local neighborhoods, she said.

Along with Zurrie Malone Park, Our Park in Third Ward, Earl Henderson Park in Near North Houston, Catherine Delce Park in Kashmere Gardens, and Woodruff Park in the Magnolia-Manchester neighborhood, are also listed by the initiative for upgrades and improvements.

The next park festival will be Sept. 18 at Our Park, located at 2604 Alabama St., near the SHAPE Community Center. Contact the Houston Parks and Recreation Department at www.HoustonParks.org for more information. 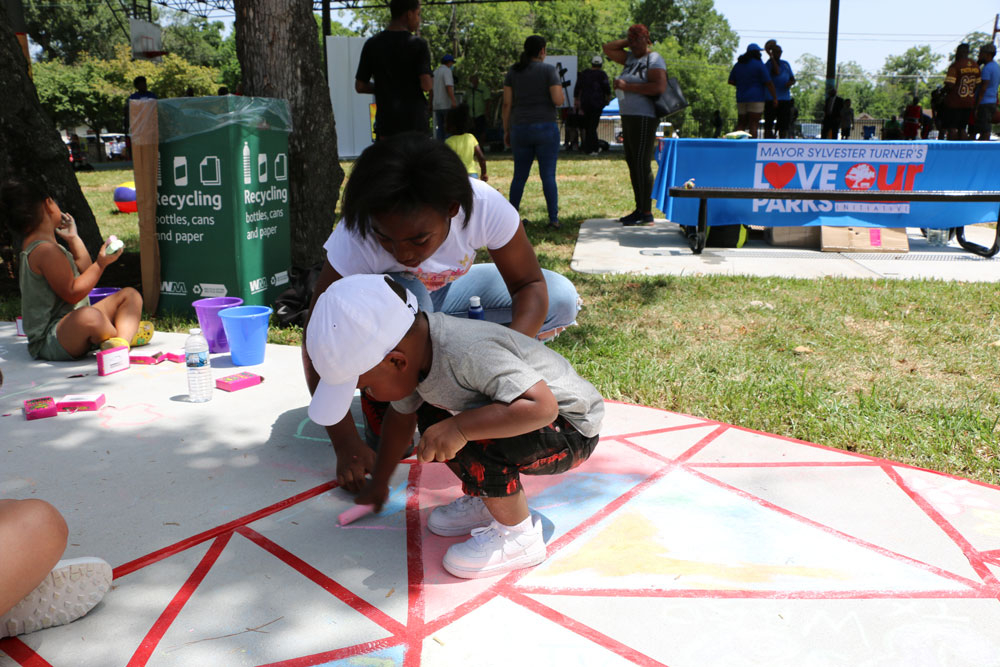 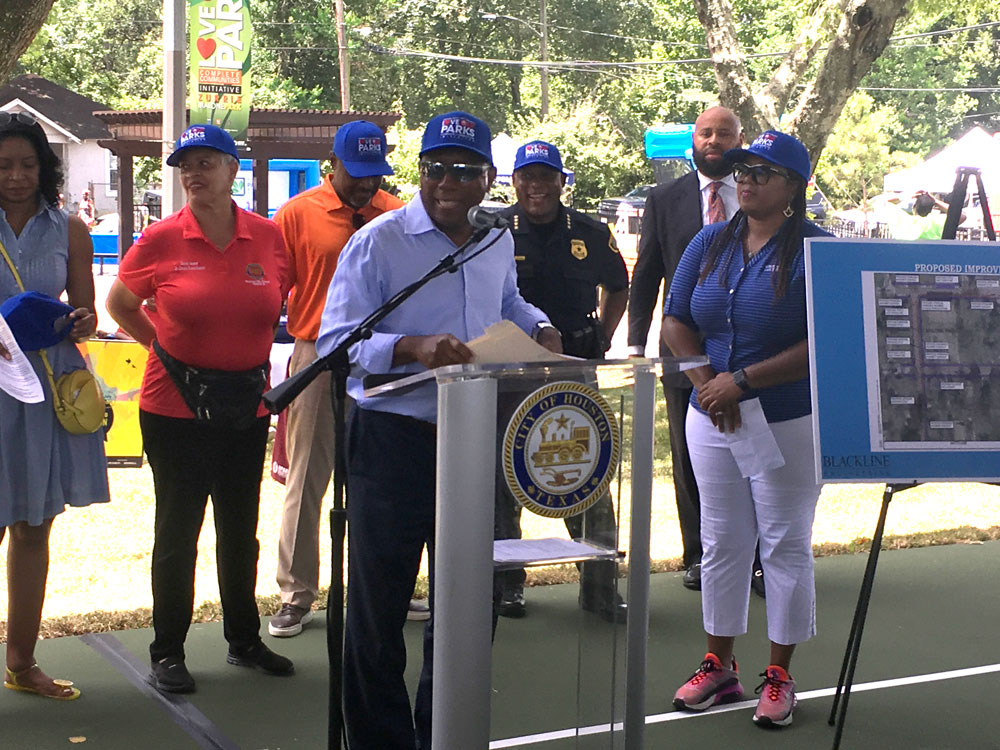 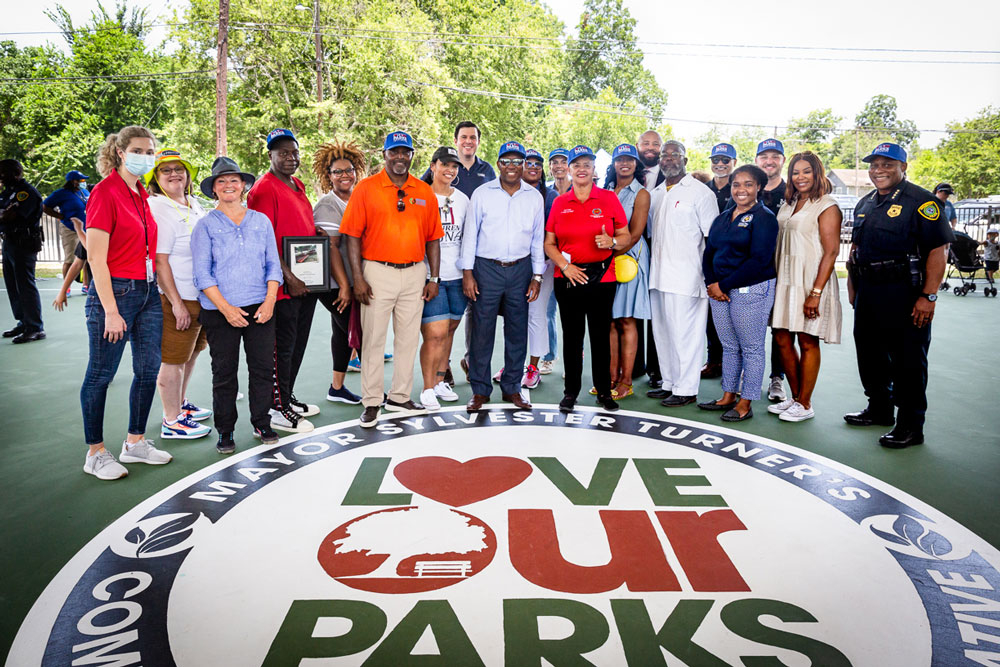 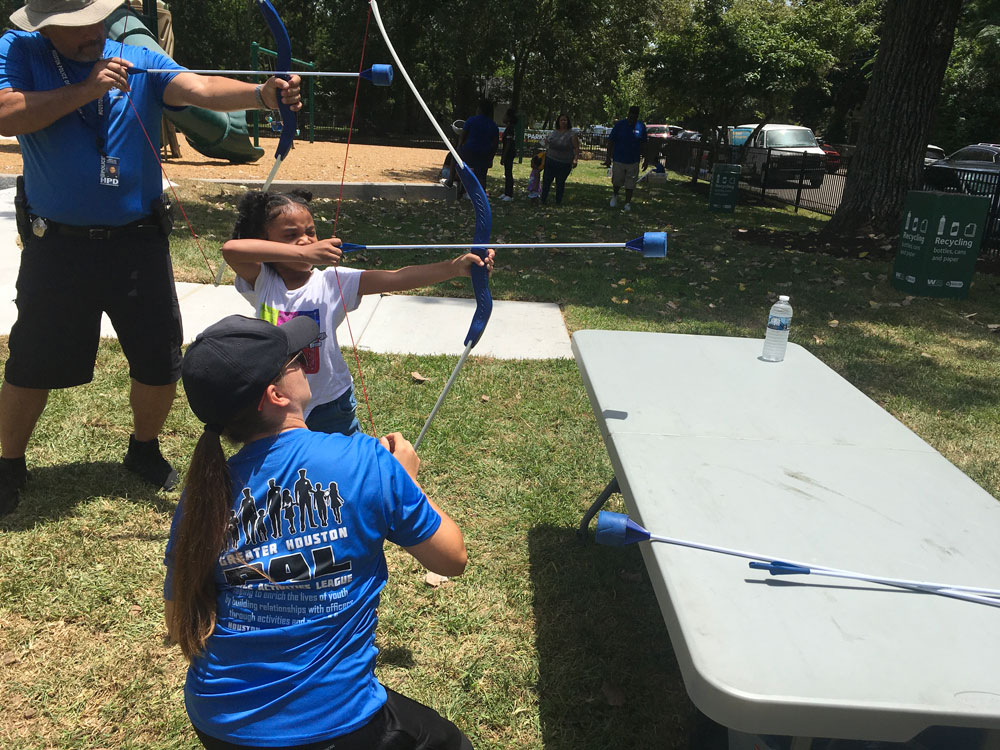