For challenge coin and country 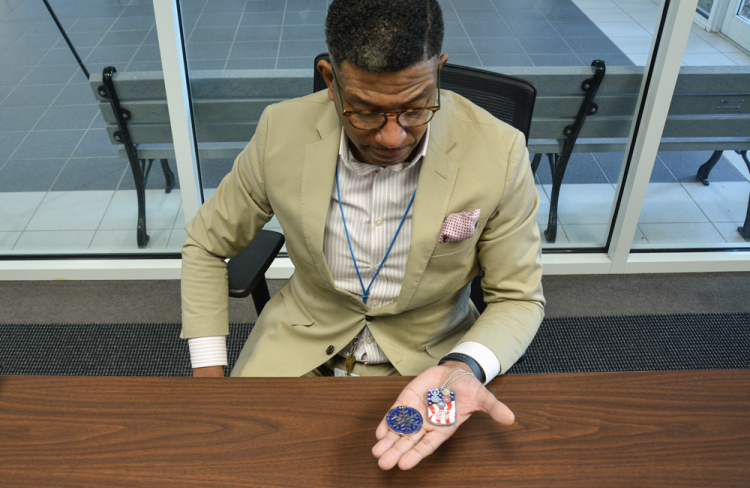 When you first meet him, John Poore exudes quite the presence — both sartorially with his dapper fashion sense and conversationally, using words such as “smashingly” unironically in everyday conversation.

Another aspect of Poore’s personality is his love and respect for the military. He demonstrated that respect for the men and women who served this nation by paying homage to a time-honored military tradition and designing a challenge coin for the employees of Houston Airport Systems who are veterans of the armed forces. 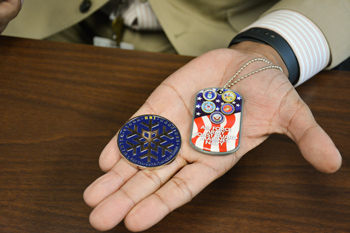 “This is such a small token that I’m passionate about. I’m always happy when people are happy with my work product, whatever it is,” said Poore, an HAS senior staff analyst in the senior structure division. “It’s especially satisfying because I didn’t serve, but both my brothers and my father did. It’s my appreciation for their service and for the service of all the veterans who work for the airport system for their sacrifice.”

Poore’s father, who died in August 2020, was an Army veteran, and his two brothers are Air Force veterans who both served in the Persian Gulf during Operation Desert Storm.

“They were both deployed, and I left the television on every night watching 24-hour coverage,” he said. “My brothers couldn’t disclose where they were stationed, so I thought they might be in the thick of things. I always wondered about their safety and was satisfied when they called my mom to let her know that they were OK.”

Poore said he “seized the opportunity to do so” when he was asked to design the coin by the members of Human Capital Management.

“Because of the service my family contributed, I wanted to see if I could do a small thing to repay that to the employees of HAS who also served,” he said.

“When Human Capital Management asked me to assist them with their vision of preparing a coin for all of their veterans who served and are employed with HAS, they told me what their vision is, who they wanted their target audience to be, and I got right to it.”

Poore said his family’s background was instrumental in helping him design the coin. “I’ve always been very enamored by service of this sort. I’ve always been heartbroken by the amount of sacrifice that results in loss of life, limb, blood and treasure. I put all of that into the design,” he said. 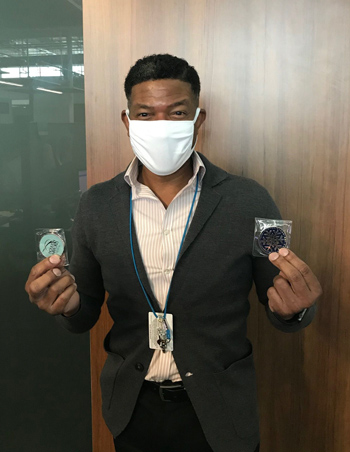 Poore typically puts a lot of thought into his designs, but this project had special significance.

“I pride myself in finding out what the newest software is and its updates and familiarizing myself with graphic-related software,” he said. “It’s my hobby. It’s cathartic for me, as a matter of fact. Giving me the additional time necessary outside of the work week to work on this noble a project, I was happy to do so.”

Along with the veteran’s challenge coins, Poore also designed a coin for HAS employees for their efforts during Winter Storm Uri in February. Chansity Mitchell, employee experience manager with HAS Human Capital Management, said her division sponsored both coins and will sponsor more as part of their strategic priorities of investing in their employees and partnerships.

“Every time we have something, we’re going to do these coins now,” Mitchell said. “This is just for employees to keep and say, ‘Hey, I made an impact at HAS.’”

Poore said he wants the challenge coins to help HAS employees and others recognize service members’ sacrifice to the nation and the Constitution.