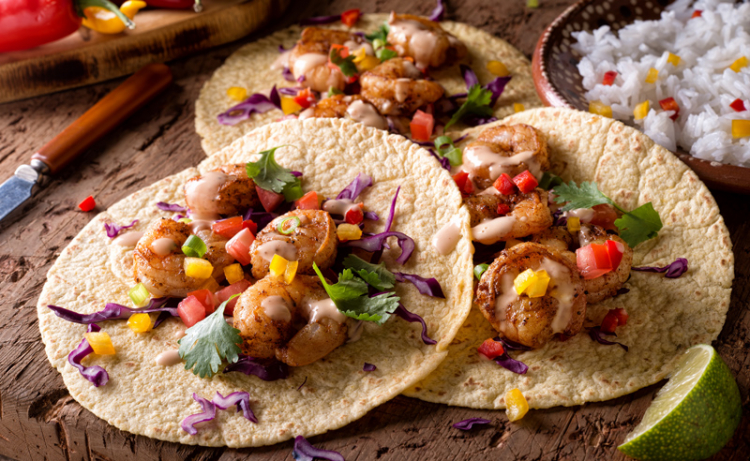 Spice up your lunch routine with some healthy seafood tacos. Light and refreshing, this recipe pairs fresh greens and herbs with spiced shrimp and a cool white sauce.

HOW TO MAKE IT