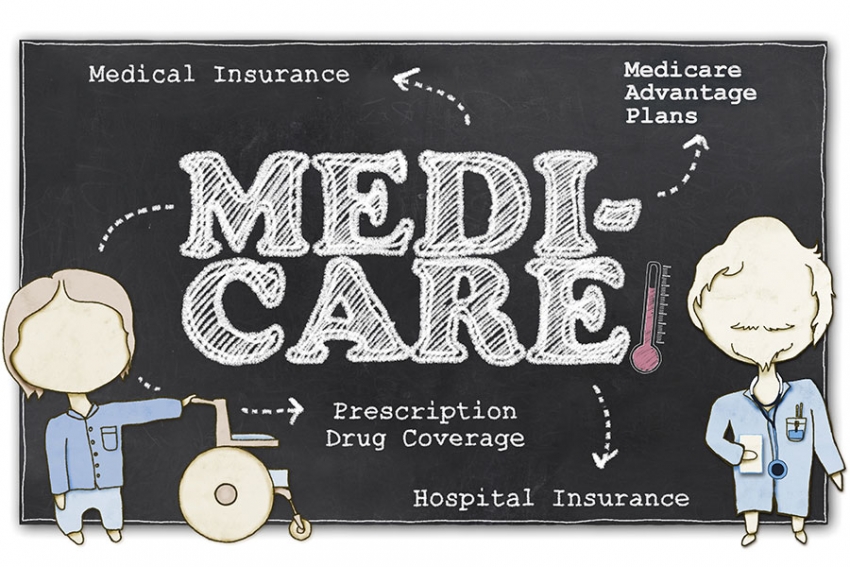 City of Houston’s retiree Medicare plans have an edge over other plans. The enrollment period is Nov. 16-Dec. 16. Those retirees who are happy with their COH Medicare plans should do nothing to continue receiving their benefits. Those with questions may call the Benefits division at 832-393-6000 or email retiree benefits@houstontx.gov.

With his 65th birthday approaching, Rod Newman faced loads of choices about his Medicare benefits.

Newman had worked for the city for 35 years before retiring in March 2010. He was satisfied with his insurance benefits dating back to when he worked with the city, which he had kept after retirement. And he likes his doctors and the care he receives at Kelsey-Seybold Clinic. Still, there were all those offers and ads for Medicare plans.

But in the end, Newman kept it simple.

“I chose the Medicare Kelsey Advantage plan for a number of reasons — primarily because I’m familiar with Kelsey. That’s No. 1. That’s the HMO that I’ve had for the last 20 years,” he said. “My doctor is there, and of course I wanted to keep my doctors.”
And he’s glad he did.

“Thus far, I have not seen any change in my care,” Newman said. “That’s important because, as I said, I’ve had the same doctors for a number of years and I’ve been going to Kelsey Clinic for almost 25-30 years. And so I’m not about to jump into something unfamiliar. These people know my history and I know the people there, they know me. So I was very comfortable getting into the Kelsey Advantage plan.”

About this time every year, city retirees go through what Newman did: sifting through the private Medicare offers and finding that it is to their advantage to stick with the city plan.

Just ask Steve Schoonover. Like Newman, he retired before he was eligible for Medicare and maintained his city coverage until he approached age 65. After looking at what was offered, he saw the value of the city’s Medicare options.

Schoonover worked in senior management with the City Controller’s Office for two decades, primarily with the Audit Division. He retired in 2010. He said he enjoys standard Medicare (Plan A and B) benefits for his primary coverage and obtained the Medicare Supplement Plan F that includes prescription coverage. 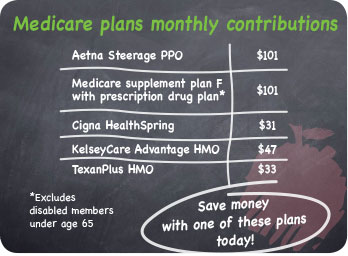 “It covers basically everything that my Medicare does not cover. My experience with it has been very favorable,” Schoonover said.

Both Newman and Schoonover said they felt very comfortable with the Medicare selection process. Newman was familiar with the plan options dating back to his days with the Human Resources Department. In fact, his full tenure with the city was with HR, including far enough back that it was called Employment Services. As a recruiter and a manager, he was involved in employment selection and hiring and, consequently, had to be very familiar with insurance and benefits. Schoonover’s comfort level stemmed from his familiarity with finances.

And both found the City of Houston Medicare plans to be very satisfactory.

Maribel Gomez, an administrative assistant with the HR Benefits division, said that is the reaction the city strives for. Gomez supports retiree and survivor health benefits.

“When people come to us, we don’t persuade them to choose a specific plan. We guide them and explain the differences in the plans and let them make their own choices,” she said.

And there are multiple reasons why most retirees prefer the city’s Medicare Advantage plans.

Usually, they see that the city plans would work better for them than other private plans, even those that appear to be competitive. Some of those plans fall short when the details are compared.

Certain plans may initially seem attractive because of lower or zero-premium features. But Gomez said the city’s benefits personnel encourage a close analysis and comparison. Even though what the city offers may have higher premiums than some other plans, they also have features that many other plans cannot match. Additionally, the city’s plans cover members’ dependents, whereas outside plans typically do not.

“If a retiree leaves city coverage for an outside plan, the coverage for all their dependents will be canceled,” she said. “And the city does not have a doughnut hole with any of its prescription plans.”

Further, city retirees are not locked into a plan. Unlike some plans, they don’t have to wait until an annual open enrollment window; they may change plans at the first of any month, Gomez said.

So, as the HR Benefits division prepares for another enrollment period beginning in November, soon-to-be-retirees will research their options and weigh which plans fit them and their family. Other retirees will recall the process with certainty that they found the best plan for them with the City of Houston.

For information on Medicare plans offered by the City of Houston, go to www.houstontx.gov/hr/benefits/ and look for Medicare plans under the MEDICAL header.